Grant Whitehead of Wallfly Live Streaming has shared another video tutorial, this time on the topic of creating a replay workflow for sports production on a TriCaster Mini with TriCaster Standard Edition software. Whitehead accomplishes this using the macro commands available in TriCaster software. Automation is a strong suit of the TriCaster lines, allowing a single operator to accomplish more with each keystroke or button press, and also letting a team divide up the work of a production across a variety of control devices if they wish to do so. 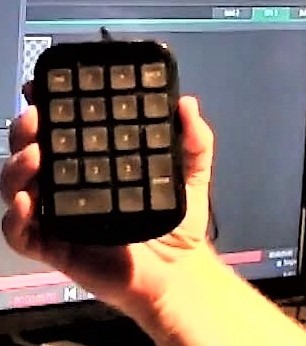 Whitehead provides an example of distributed control, by mapping the macros to an external USB numeric keypad. In his demonstration this is used to let a single TD better organize their workflow by placing a set of specialized operations centered on one area of the workflow onto a small dedicated device. Alternatively, however, the additional control device could be handed off to another operator who concentrates on that aspect of the production, and relieves the primary TD of that set of tasks.

One of the convenience features of TriCaster for replay is that if you hold the Shift key and click Record, the switcher will take the last five seconds of Program Output video and create a clip from it in the Media Player (also known as DDR).  For this tutorial, Whitehead takes the command equivalent of this key combo, and uses it in a script that sets up the DDR, executes the command to create the clip, and sets up to play the new clip on command.

That five-command sequence is the longest macro in the tutorial. For everything else Whitehead wanted to do to create a replay workflow, he was able to use one-command macros. A single command, ddr_play_toggle, will start and pause playback in the DDR. Another, ddr_relative_frame, using “-1” and “+1” parameters, allows the operator to go back one frame or forward one frame on paused video, or step through frames in either direction as fast or as slow as the operator wants - very effectively replacing a jog-shuttle.

He steps through the workflow of using these macros from the numeric keypad and we see that with just four keys, the operator has a basic workflow that can provide entertaining and informative replays that give the audience much greater insight into the play action. By also resetting the playback speed on the DDR UI controls, he adds slow motion to the mix.

TriCaster Mini is often used with a keyboard and mouse rather than a control surface, especially when the goal is portability. Being able to engage small devices in lieu of a larger control surface can maintain the portability while allowing for improved workflow organization and more flexibility in production control. Automation with commands and macros makes this possible, and powerful. 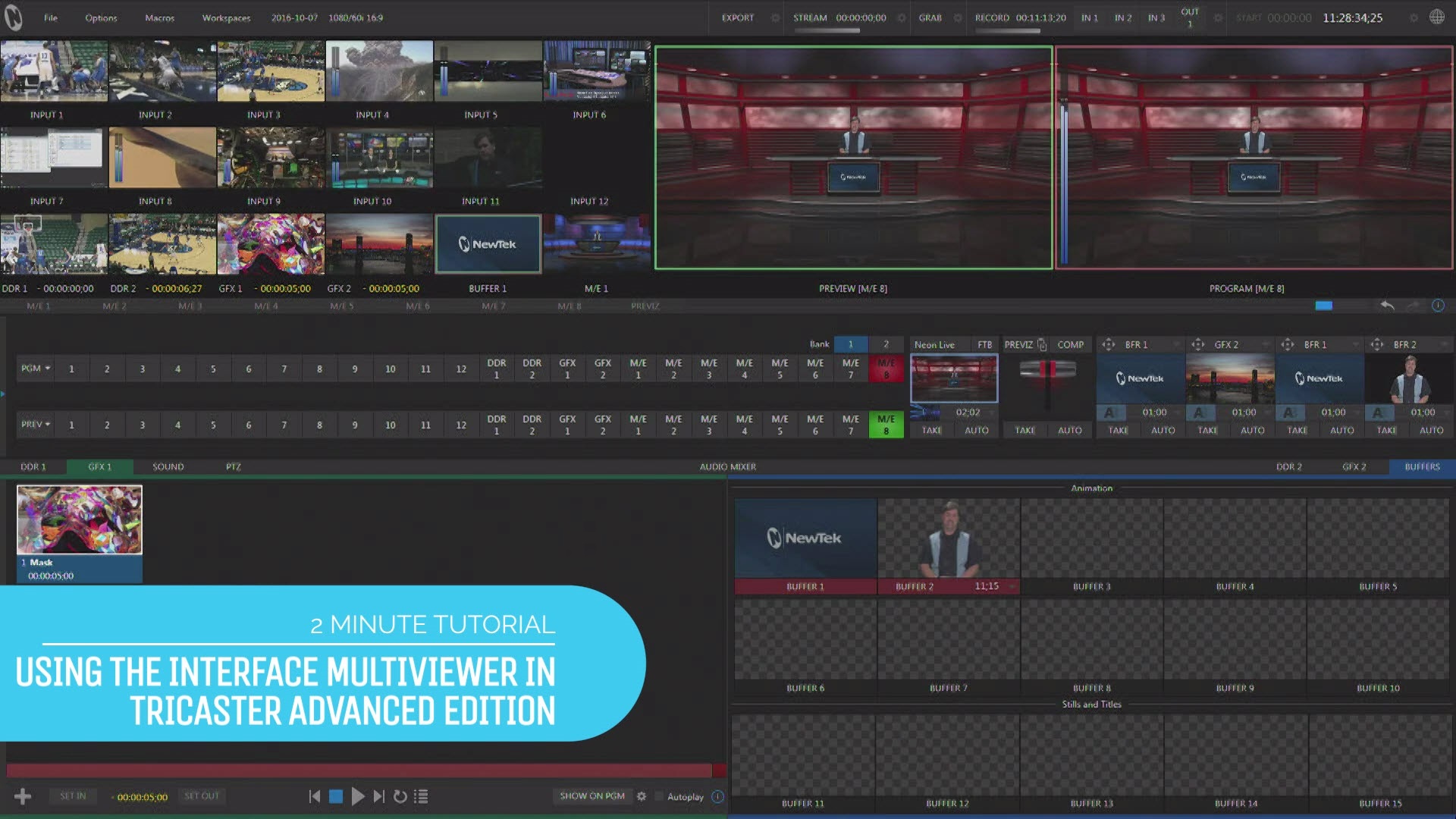 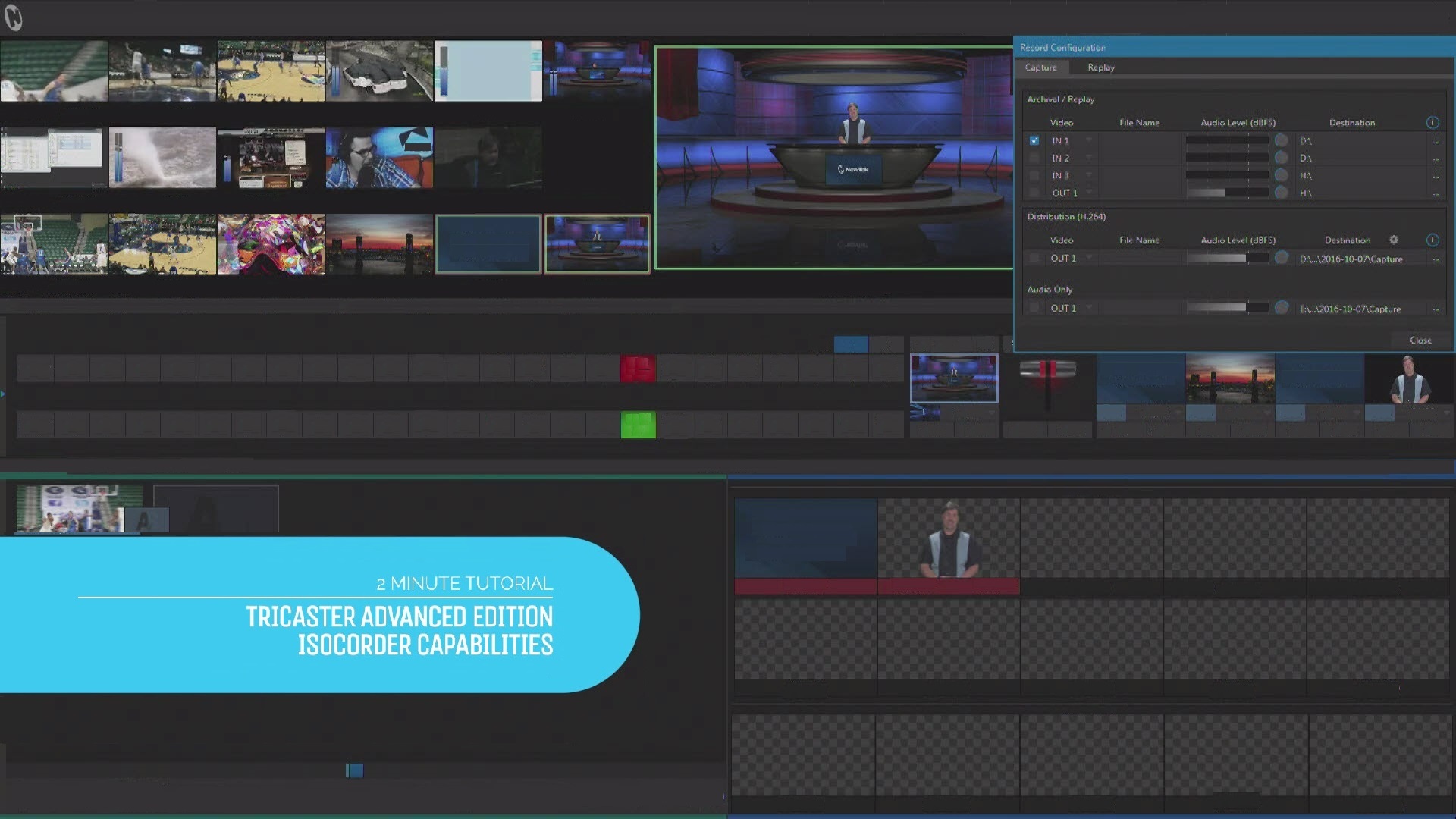