2-Minute Tutorial: How to Set Your System Name on TriCaster

This 2 Minute Tutorial features a tip for TriCaster Advanced Edition with NDI. When you are working with a number of NDI devices on a network, it is important to be able to distinguish between the devices. Doing so allows you to select and engage those that have the content or cameras that you need for a given project at production time. The easiest way to do that is to give each of your devices a unique name that helps you know what each device is.

For TriCaster, go to the administrator mode and you’ll see a button for System Name. This opens a “System Properties” requester with several fields, including “Computer Description;” you don’t want to change the info in the Computer Description field.

You want to click on the Change button, which will open a requester to change the computer name.

On this second requester, you now have the field labeled “Computer Name.”  If the entry has not been done before then the field will be blank, and you can enter the name of your choice.  In the video’s example, the system is given the name Instructor8000.  Here we have a snap from another networked TriCaster named Studio8000.

Once you have created the name that you want, click “OK” on the name requester, and if needed, Click “Apply” on the System Properties requester, in order to save this change.  Once you have done this for all networked NDI-enabled systems and devices, you can go back into TriCaster and into the Live Production mode and now you are able to look at the network and see each device name and see the sources that are available for each device.

For example, if we go into one of the inputs  on the Instructor8000 TriCaster (for this example we’ve used Input 5, but this would work the same with any of the inputs in TriCaster Advanced Edition with IP Workflow), and look at the NDI source selection we can see the various named systems that are networked. At the top of the listings, the first thing you will see is “Local” - that’s the system we are actually on, even though we named it Instructor8000. This will always be the case for the machine a user is actually working at - it’s the Local machine and the inputs showing in the UI at top left are the hardware inputs for that system.

You can see in the image from the video just above left, that on the NewTek HQ Training Center network, there are additional systems named Student01 and -02, and a couple of TalkShow systems which are also named appropriately using similar steps on their control UIs, Studio-TS-01 and TS_Training_01.   The inputs available from each system are displayed in thumbnails below the system or device name.  The inputs can be cameras attached to that system or device, media players with content loaded, Skype callers coming in over the internet, and more.  An operator working at Student01 will see that system’s inputs under “Local,” and would see Instructor8000 as one of the NDI sources, along with Student02 and the TalkShow systems. Everything with its appropriate name makes it easy to sort out where your sources are coming from; to use any source, you simply click on it and it is ready to go.

We hope this video has been helpful to you. If you have suggestions for other topics you would like covered in a 2-Minute Tutorial, please send us a message. 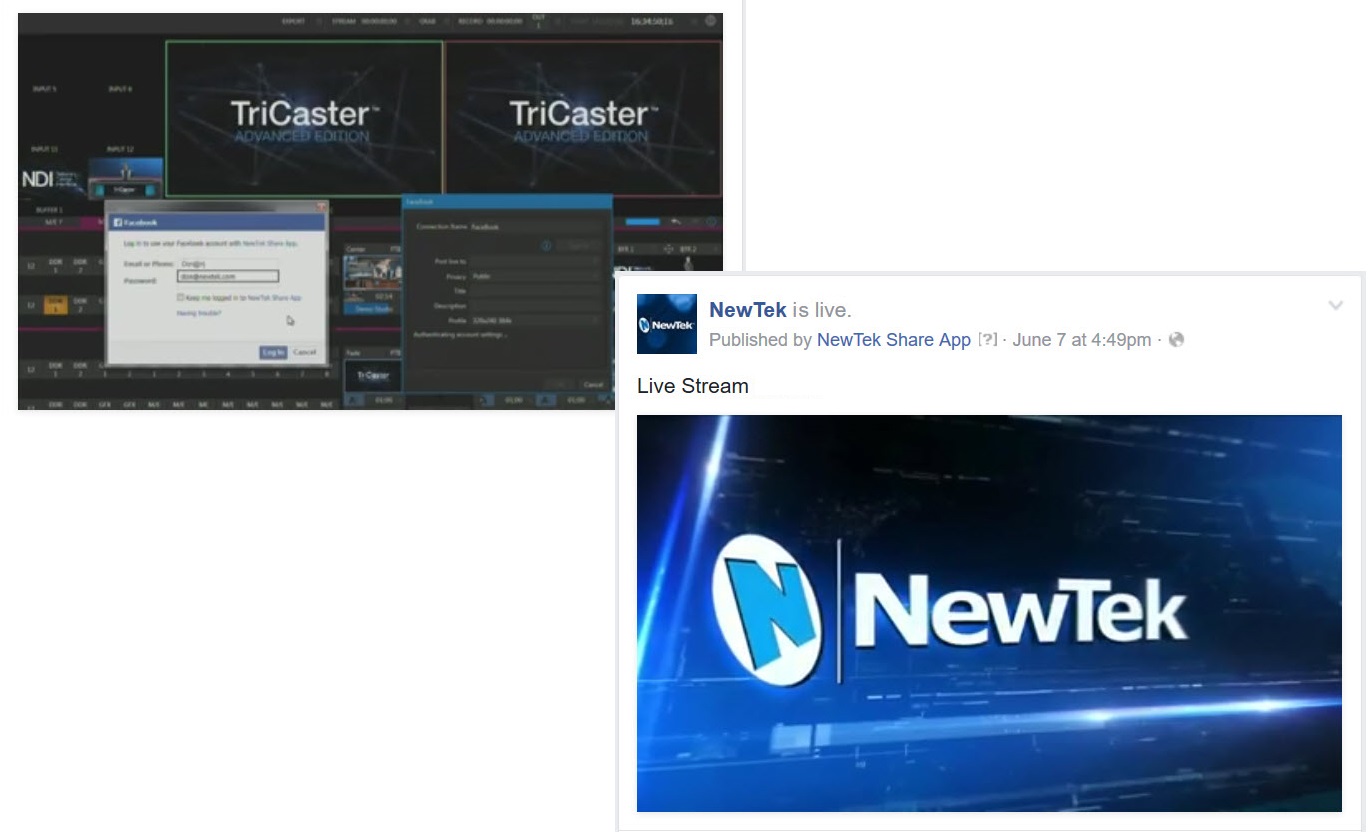 2-Minute Tutorial: How to Use the Facebook Live Plugin in TriCaster Advanced Edition

2-Minute Tutorial: How to Setup A Virtual Set on TriCaster