Recently, a creative problem turned into a math problem: how to produce a 15-input live show using an 8-input switcher – and expand programming to 5 outputs – all without increasing the budget.

“Everybody knows, no progress is ever made by doing things the ways they’ve always been done.”

So says Victor Borachuk, founder of JupiterReturn and producer of live shows for well over a decade.

The company’s early roots were in entertainment—Borachuk was instrumental in directing and producing the pioneering live stream Tom Green Live back in 2007. But rather than pigeonhole its services, the team expanded its expertise to the full spectrum of production: sports, hospitality, corporate, events, television broadcast, esports, VR and 360, and countless other live production genres.

But no matter how different the formats, requirements, look-and-feel, and audiences can be for each of their productions, the company never strays from two iron-clad philosophies:

1) Plan the show so tightly in advance that nothing could fall through the cracks.

2) Forget the plan. Because it will change, on a moment’s notice, for any reason.

Flexibility Is The Key

“With any live event, you come in and you always have your plan. You map out exactly the way you think everything will go, which is the smart thing to do,” says Borachuk. “But then the actual event ends up taking on its own form and as it progresses, things change.”

Brasil Game Show is the largest gaming convention in Latin America, taking place annually in São Paulo. One of its main attractions is Brasil Game Cup, a multi-day, multi-game, flagship esports tournament that launched in 2014.

At that time, JupiterReturn had been working alongside gaming video streaming platform Twitch producing live esports, and already had personnel located in Brazil under its JupiterReturn do Brasil operation; Co-Owner/Creative Director Natália Tanus, and Producer/Technical Director Zé Pereira. They forged a connection, and the company has been producing and streaming the Cup ever since.

In short, it is five entirely separate productions, five days in a row, each one eight to ten hours long.

And that means anything can happen.

It Starts With Strategy

“Since that first show in 2014, every single year, we had the baseline plan for what we were going to do, covering all the kind of variables that popped up through the production we were able to address,” Borachuk says. “A big part of that was because we established a core process in our production flow.”

In any given show during the tournament, a multitude of unplanned scenarios could occur. A Clash Royale gamer might not have charged an iPad; somebody’s headset may suddenly not work; one of the gameplay PCs has to be rebooted; somebody unexpectedly ends their match; or a gaming server goes down.

As each of those happens, though it has nothing to do with video production, the producers need to be prepared.

“That’s one of the reasons we use TriCaster systems,” says Borachuk. “You get a lot more to work with when you can centralize all the components in one box, have all the assets in one place, and access and change anything with a few clicks in the interface.”

JupiterReturn’s mission? Develop a new workflow to continue to add production value for the flagship event, without increasing costs for the first year of the expansion project.

Grow With The Flow

“Our plan started with a five-camera show where we were feeding three IMAG screens for the in-house audience,” an easy enough task for JupiterReturn’s TriCaster 860 Advanced Edition system, which accommodates 8 SDI inputs and 3 SDI outputs.

This had been a good model for the initial iteration of the event, but with the event’s expansion, they had an opportunity to overhaul the entire production.

For one thing, a complete redesign of the stage structure was in order. IMAG screens, typically shown so in-house audiences can follow the action, had instead become a part of the creative for the program. And now, with an array of three LED screens displaying a coordinated, cross-screen visual treatment, three additional discrete feeds were needed.

But that wasn’t all. This is esports, after all, where individual gamers rule. The audience in the arena and on the live stream wanted to see what the players saw, all ten of them, during play.

“The plan grew again, to include ten player POV cameras,” Borachuk says. “With five cameras and 10 POV feeds, you’re out 15 SDI inputs, plus the scan converter from the game play PC, which would already put you out of the realm of a lot of traditional switchers.”

For anyone keeping score, the TriCaster 860, with its 8 SDI connections, was already connected to 6 other SDI video sources. This is where SDI exited the game – and NDI® took over.

“This is how we’ve operated all these years. It’s not about throwing money at it. It’s about planning it in a smart way, and in a way that allows you to scale efficiently,” says Borachuk. For JupiterReturn, that way happened to be IP.

The crew’s TriCaster 860 already had Advanced Edition software installed, which expands the number of video sources available to the internal switcher – sources that can be added over an Ethernet network instead of being limited to physical SDI connections, by using NDI, NewTek’s video over IP technology.

“We had ten NewTek Connect Spark IP video converters, which allowed us to put POV cameras on each player.” The crew could connect the cameras to each Spark using HDMI, then it would convert the feeds to NDI and send them into the TriCaster over the production’s 1Gb Ethernet network. “We didn’t have to use a single additional hardware input,” Borachuk says.

In the TriCaster, the POV feeds were used as sources for the mix/effects (M/E) mixes, enabling the operator to create compositions in real-time and display all the player feeds at once on large LED screens attached to each of the player tables for the audience at the tournament.

The POV shots were also incorporated into overlays during gameplay for the live streaming program. Additional submixes were created to drive the animated, flowing graphic treatment on the venue’s three LEDs.

“With all the live cameras, graphics, overlays and player feeds coming together in one mix, we could rival the sort of production value typically only seen with a television truck,” says Borachuk.

The only thing left was the outputs.

“First we had the live stream, which streamed on Facebook, Twitch, Periscope/Twitter, and YouTube with multi-platform outputs,” Borachuk says. “Then we had five independent IMAG feeds – two of the POV mix screens; a center screen which was a discrete program/logo switchable mix; and two LED screens on the side. Each screen was a separate mix, a distinct part of the whole event production.”

Which meant that they used not only every input but also every output of the TriCaster.

Borachuk has done countless shows in his 10 years of live streaming, but he contends that the São Paulo show may have been the first time he “lit up” every available output on the machine, even getting into the VGA outputs – and pushed the TriCaster beyond the everyday stress test most productions use.

“We had five day-long events, 8 hours live every day, a different game every day. In every input and every output, something was plugged in,” says Borachuk.

“Our TriCaster had zero crashes, zero lock ups, zero blue screens. Everything was stable and we didn’t have any issues.”

Champion Behind The Scenes

At the same time, he says, viewers wouldn’t have known there was no television truck involved unless they walked backstage and realized there were only a handful of people working on the show.

“You would envision a whole production truck or flypack room in the back with 20 people working on it,” he says. “But in situations like there, the quality of the crew is much more important than the quantity of crew.”

The key to solving almost any issue the crew runs into, Borachuk says, is that “we identify an alternative approach and quickly utilize it, which we can with TriCaster—when a lot of other people are just looking at the traditional way of doing things.” 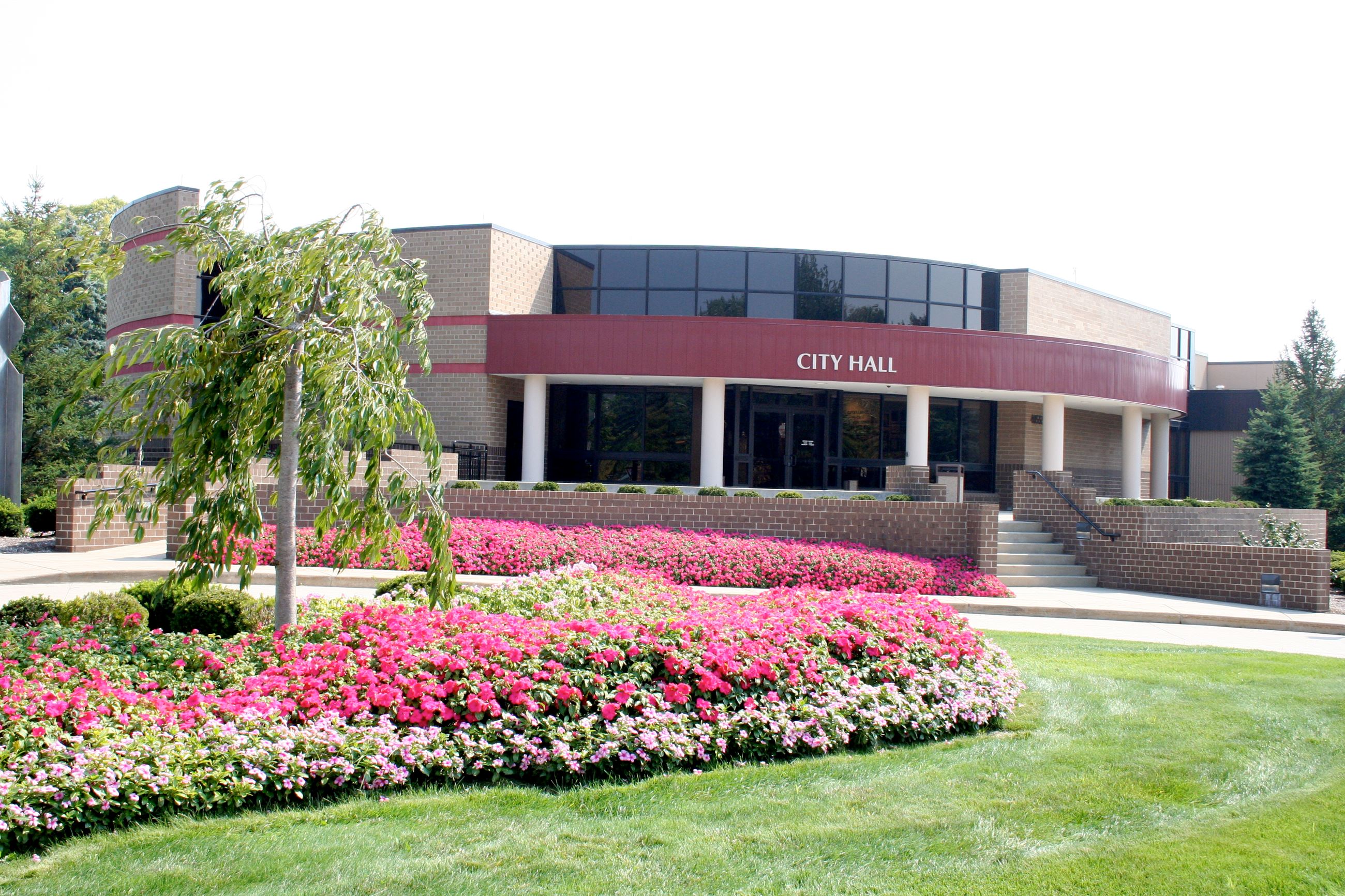