The American Cancer Society was founded in 1913, and since then, the ACS has funded 47 Nobel Prize winning scientists. Since its inception, the ACS has always focused on making use of the latest technological tools, and that forward tech-focus extends beyond the research laboratory, to the way the ACS communicates their lifesaving message to the public.

Relay for Life is the American Cancer Society’s signature fundraising event. Every year, Relay for Life events take place at over 5,000 separate venues in 20 countries around the world. At each of these sites, relay teams gathered to run or walk, for as long as 24 hours, to raise money and make the point that cancer never sleeps and neither should the relentless fight to stop this heartless killer. When the decision was made to kick off the 2016 Relay for Life campaign from the Mall of America just outside Minneapolis, the media staff at ACS decided to cover the kickoff ceremony live, as they have in past years. The staff soon realized that the live stream could garner its largest audience ever if they could find a way to push the event to Facebook Live. Fortunately for them, the latest generation of TriCasters® make streaming directly to Facebook Live easy, the only professional production tool currently on the market that can make that claim.

“We knew we had an audience on Facebook that was interested in our content,” says Andy Huff, Senior Director of Multimedia Services at ACS. “So why not use our tools to show them the progress their investments help make, to tell stories live and create that engagement?” 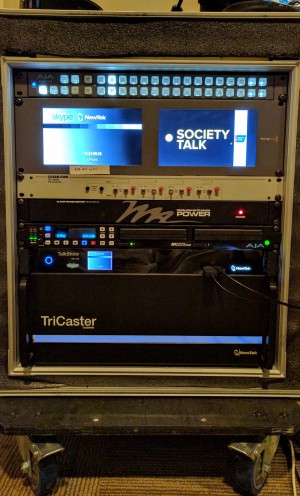 And so, the ACS decided to upgrade their broadcast package by purchasing a second TriCaster, a new 8000 with Advanced Edition software. As soon as the new unit arrived, Dan Hodlick, Executive Producer of Multimedia Services at the ACS, was blown away by the power NewTek has managed to pack into this compact package.

“After getting our new 8000, I told Andy it could do almost everything the Grass Valley Kayenne I was used to working on could do, and it can also do video playbacks, and it can do fonts, and it can do audio, all in one box,” he says. “And the price point is just a fraction of what the Grass Valley switcher alone costs. I’m in love with the mix-effects on the new TriCaster. It’s all right there. I really like the flexibility you have in using the ME’s to build snapshots and being able to build four layers on one ME, and then, cascade that ME to the next, and just keep building and building and building. We’ve had the 8000 for a month and a half now and I feel like I’ve just scratched the surface on what that machine can do. The way it’s laid out is pretty intuitive and within an hour or two of having the unit set up, I was able to create snapshots and E-Mems, and that was even before reading the manual.”

“I think NewTek is a company that continues to invest and look ahead,” Andy Huff says.

“The sign of any good company is one that doesn’t launch a product and say, ‘okay, that’s great, it made us a lot of money, now we are just going to keep selling that for five years.’ The sign of good company is one that’s continually saying, ‘that’s great, now how do we make it better? What’s the next big thing? Where do we go next?’ And I feel like NewTek with their TriCaster, TalkShow®, and other platforms have done that. They’ve continually looked at reinvesting and reinventing and thinking about where we go next. And we’re excited to see what’s coming next because we know it will open more doors to allow us to do what we do more successfully.”

Relay for Life is A Dazzling Success

But just how successful was the Relay for Life Kickoff? In preparation for the event, the ACS put out an e-mail blast to about 80,000 of its followers, notifying them about the Facebook Live stream. “That morning,” Dan Hodlick says, “Andy asked me how many viewers I would be happy with, and using previous shows as a metric, I said I would be thrilled with 10,000 viewers.”

But when the results came in, the organization was astounded to find out that the Mall of America stream over Facebook Live garnered 250,000 unique views and over 1.2 million total impressions. The astounding results caught everyone at the American Cancer Society by surprise. “The results were remarkable,” Andy Huff says. “To think about the story we told, and the people we reached in a portable, cost-effective way that didn’t exist five years ago: that’s pretty remarkable, and a pretty remarkable use of technology.”

Moving forward, Dan Hodlick thinks everyone will need to learn to communicate this way.

“I honestly think that if you want to reach an audience that’s Generation X and younger, you have to have video, and it has to be on social media.”

“Millennial’s in particular, are not consuming media like us a grizzled old X-ers. They want it fast, interactive, and shareable. They wanted it on their phones and available whenever they want to see it. The TriCaster allowed us to specifically target this audience, and leverage the power of Facebook Live, YouTube, Livestream, and other platforms, to reach people who weren’t followers of the American Cancer Society before. When people commented on our live feed from the Mall of America, it popped up on their Facebook feeds. Their friends saw the comments and came over to check us out. Those people commented, and it showed up on their feeds. It kept growing, becoming a total snowball effect.”

And all the money the American Cancer Society was able to save by using their TriCaster to produce the show instead of some more expensive production technique was plowed back into the organization’s mission, saving lives.

“I sleep a lot better knowing that we didn’t have to spend a whole lot of money to accomplish our goals,” Dan says. “Having the TriCaster and NewTek’s technology here allows us to keep more money in the pool for research, more money for finding a cure.”

“When you are faced with a disease like cancer,” Andy Huff says, “it can change your life. For us to be able to sit down and tell those stories and use our tools to help thousands and thousands and thousands of people; that’s deeply satisfying work. For someone who always thought I wanted to be a broadcast journalist and read the news, to find myself telling really engaging stories and using technology that’s cool, and pushing buttons and playing with things to push the envelope? There’s not much more rewarding than that.”

Or as Dan Hodlick puts it, “the ability to go to work, and do something I love, while at the same time, being able to go home every night knowing I’m making people’s lives better? That’s where it at.”

To give to the American Cancer Society, go to: cancer.org/donate Information on how to donate unused airline miles and credit card points 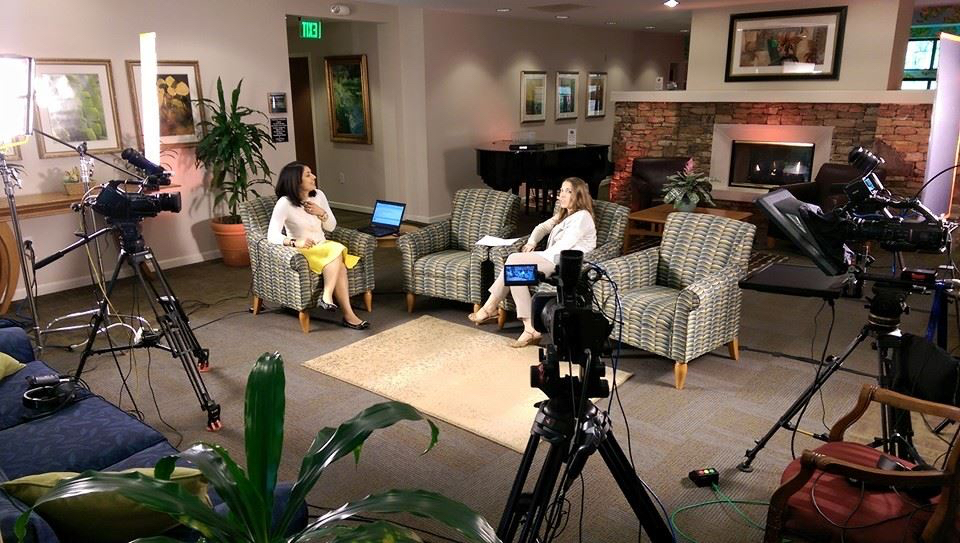 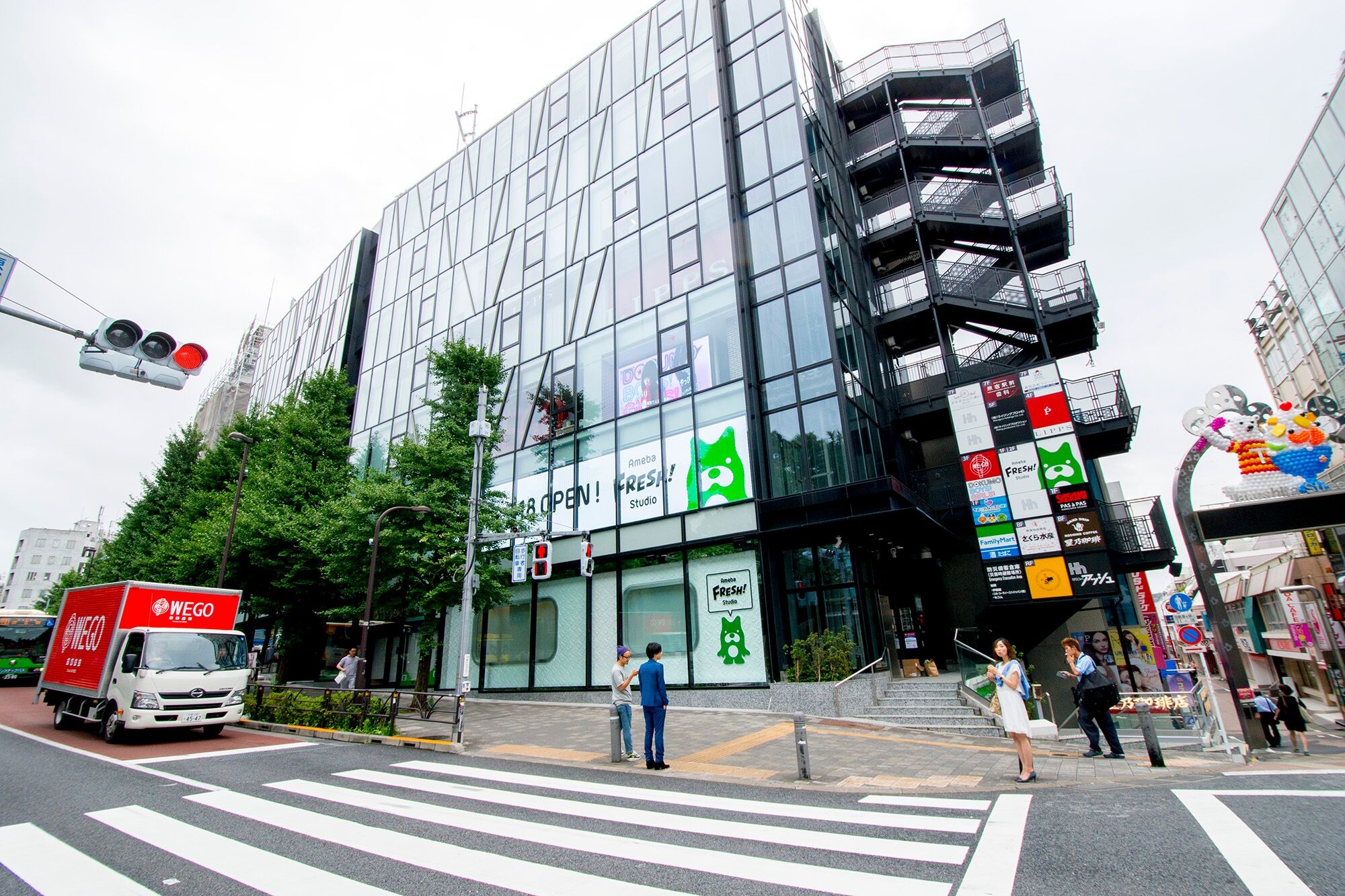