Medina, Ohio, says Jarrod Fry, is what people are likely to picture when they’re asked to close their eyes and imagine a small-town city somewhere in middle America. The community band has been performing in the town square on warm summer evenings for more than a century. There are shop-lined avenues and leafy residential neighborhoods where people know one another. High schools sports always have been and remain a defining tradition.

Fry arrived in 1999. After spending the early years of his career producing and editing for network affiliates in Cleveland and Columbus, Ohio’s capital city, he embarked on a different path. As general manager of MedinaTV, he signed on to lead the partnership between the city and the school district charged with offering cable-access programming of interest to the town’s 26,000 residents.

“We are a thriving city,” says Fry, “but we’re also a small town. We have a square and a historic district and we’re passionate about hanging on to our heritage.”

Part of that heritage is an unwavering support of high school sports teams, particularly when those teams are doing well. That presented a challenge for MedinaTV. Fry and his team had no problem recording and broadcasting local games, but it was difficult – and sometimes impossible – to take the operation on the road for away games.

“Our high school sports program really bring the community together,” Fry says. “People want to know what’s going on with their team, but they’re not always able to drive the distances to see the games live. But they want to know how the team did, and they want to know now.”

Big Demands on a Tight Budget

The boys’ basketball team was on the verge of advancing through Ohio’s playoffs system, which dictates that only the first game can be played on the team’s home court. So Fry knew he needed to quickly find a better way to record and broadcast events from locations throughout the state.

“When we’re at a gym at an away facility we can’t assume that they’ll be able to handle a big truck rolling up and laying in lots of cable,” he says. “We simply needed something more efficient.”

Fry, who describes himself as a very hands-on shopper, scoured the market for products he could combine into a workflow that would meet what he considered a tough set of requirements. He wanted equipment that represented the next step in the evolution of broadcasting. And since MedinaTV is on a fixed budget, affordability was important. It needed to be easy to learn and use for the students and other volunteers who staff the operation. Finally, everything needed to be easy to move. 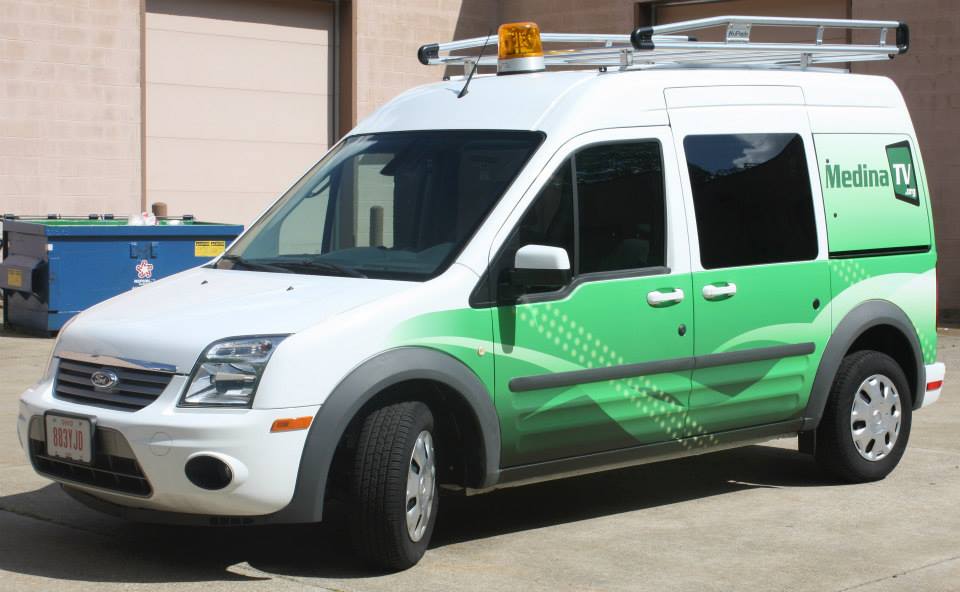 The Workflow that Wins

Fry says that one of his favorite aspects of the new workflow is that it all fits onto one dolly and into the hatch of Ford Transit Connect, a small van with a high roof. The team uses three Panasonic AG-AC 160 cameras; two are on the game, with one for wide shots and the other for tights and the third is on the announcers. A Mackie Mixer 1202 sends the signal so announcers can hear each other. The NewTek TriCaster Mini content publishing solution receives audio and visual signals from the cameras via HDMI cable. A Telex Wireless Intercom is used by the director to tell camera operators what shot to get. The staff calling the game rely on two monitors, a 17” by Dell and a 27” by Acer.

Fry uses LiveText, an accessory designed to transform the laptop into an extension of the TriCaster Mini that enables the easy addition and alteration of characteristics such as color schemes and team names and mascots. Fry’s team developed an integration between LiveText and a commonly used scoreboard software that automates the insertion of data from the scoreboard into the broadcast. Adobe Premier is used for editing.

Once the editing is complete, Fry pushes content out in a variety of ways. For live streaming to the cable channel directly from the TriCaster Mini he uses Ustream, an HD streaming video platform. Games are also saved as mpg files and loaded onto an external hard drive. From there, Fry creates a master copy on DVD for archiving purposes and also loads the file into NEXUS, a digital video server/system controller by LEIGHTRONIX that sends the content to various platforms including MedinaTV’s YouTube channel and on-demand website and the city’s general website.

Fry says that one of the most important benefits of the new workflow is that it’s an excellent teaching tool. MedinaTV functions with limited staff bandwidth, relying heavily on volunteers and students.

“Students come out and work with us and get their feet wet,” he says. “I think it’s important to learn as much as possible in the classroom, but until you’re in a gymnasium full of screaming fans it’s impossible to understand what this business is all about.” 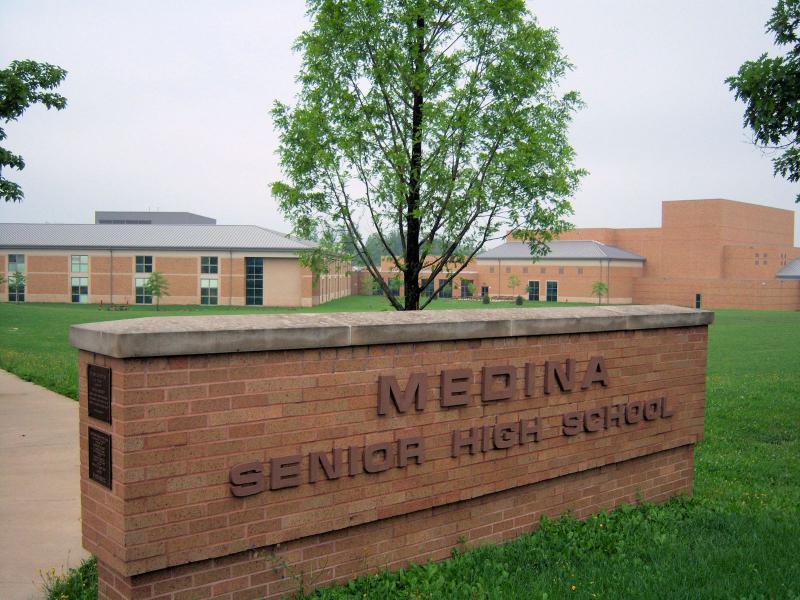 With its new capabilities, Fry sees MediaTV as an important extension of the classroom. “This is a good experience to have before you go off to take college classes,” he says. “We’re a real-life learning experience. We’re an apprenticeship within the school building.”

Some of the coaches, Fry says, are learning as much as the students. “Our workflow handles multiple cameras, so if a coach tells me he wants to take a closer look at an uptight cut of a certain shot, we’re able to provide that,” he says. “This is definitely a training tool for coaches as well as students.”

Flexible, Convenient, Easy to Learn and Easy to Move

Fry reports that the workflow he’s assembled is not only easier to transport and set up but that it also provides a broader range of options for recording and editing than he’d had before – and it’s all in HD. “We have an all-HD production, which is something we regularly get compliments on from the community,” he says.

In addition to being more compact and, therefore, easier to handle, thanks to the TriCaster Mini’s HDMI hardware, Fry’s new workflow simply reduces the amount of cable required to operate. “We were able to set up at high schools and on a college campus where the typical cable run distance would not have been an option,” he says. “For the boys’ basketball playoffs there were many venues where the setup would have been time-consuming without HDMI capabilities. Things tend to go wrong with long cable runs so it’s definitely an advantage to not rely on them.”

Recording flexibility is another benefit, according to Fry. “I can record into the D drive but focus cameras one and two in the E drive,” he says. “I can go back in and piece together the tight shot and the wide angle shot. It makes it easier to edit highlights and it’s also better for instant replays.”

Another example of flexibility Fry says he appreciates is being able to connect with scoreboards. Using an adapter Fry had developed and working in the LiveText environment, the graphics from the scoreboard – including the running clock – can easily be programmed to populate the entire broadcast.

In terms of training, Fry says that the ease with which the system can be mastered enables students to learn at a deeper level.

“We were short on volunteers for one of the playoff games,” he says. “I asked a freshman who had only worked the cameras before if he was comfortable stepping in and managing the whole system and he didn’t even hesitate. He said it was so intuitive and easy to use. He was able to step into the role of director of three of the on-the-road playoff games, which is a fantastic learning opportunity.”

A High-Quality Product for the Community

Finally, and perhaps most importantly, Fry feels that the new broadcasting workflow has strengthened the bond between the high school sports program and the people of Medina.

“We get great compliments from throughout the community,” Fry says. “We put out a high-quality product that people can enjoy on a variety of channels. Even the coaches ask us for copies of the footage.”

Fry says he’s only beginning to explore and consider the scenarios made possible by the new workflow. “Today the content we produce is available as video on demand that you can easily access from our website,” he says. “Or you can watch it on YouTube, or you can just watch cable.”

As far as Fry is concerned, that’s only the beginning. “In the future though I want to experiment a bit,” he says. “I’d like to try posting content directly to Facebook, for example. In today’s world, people want to locate what they’re after as quickly as possible, and we want to provide them with every option available.” 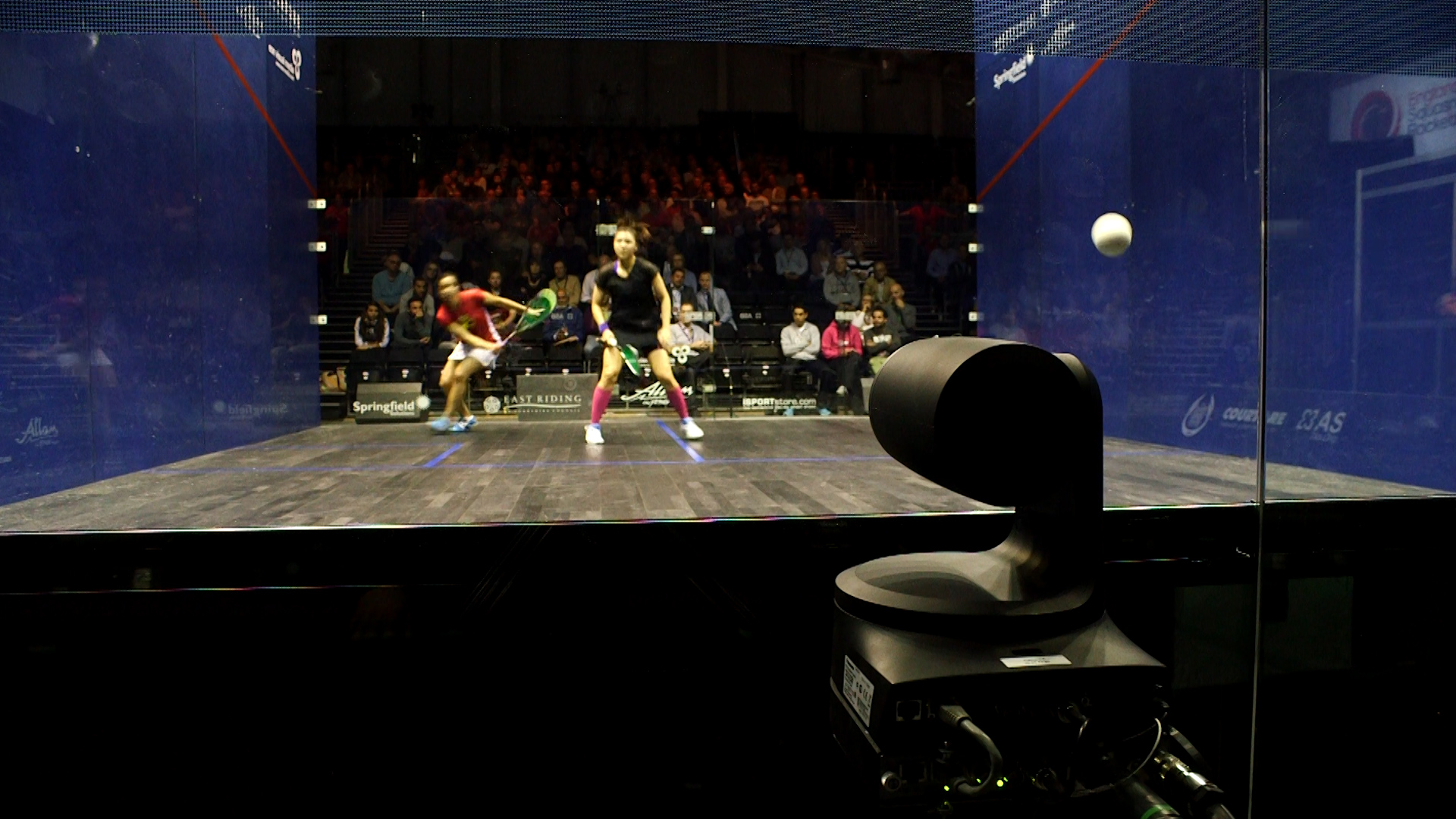 Slow Motion at the Speed of Squash 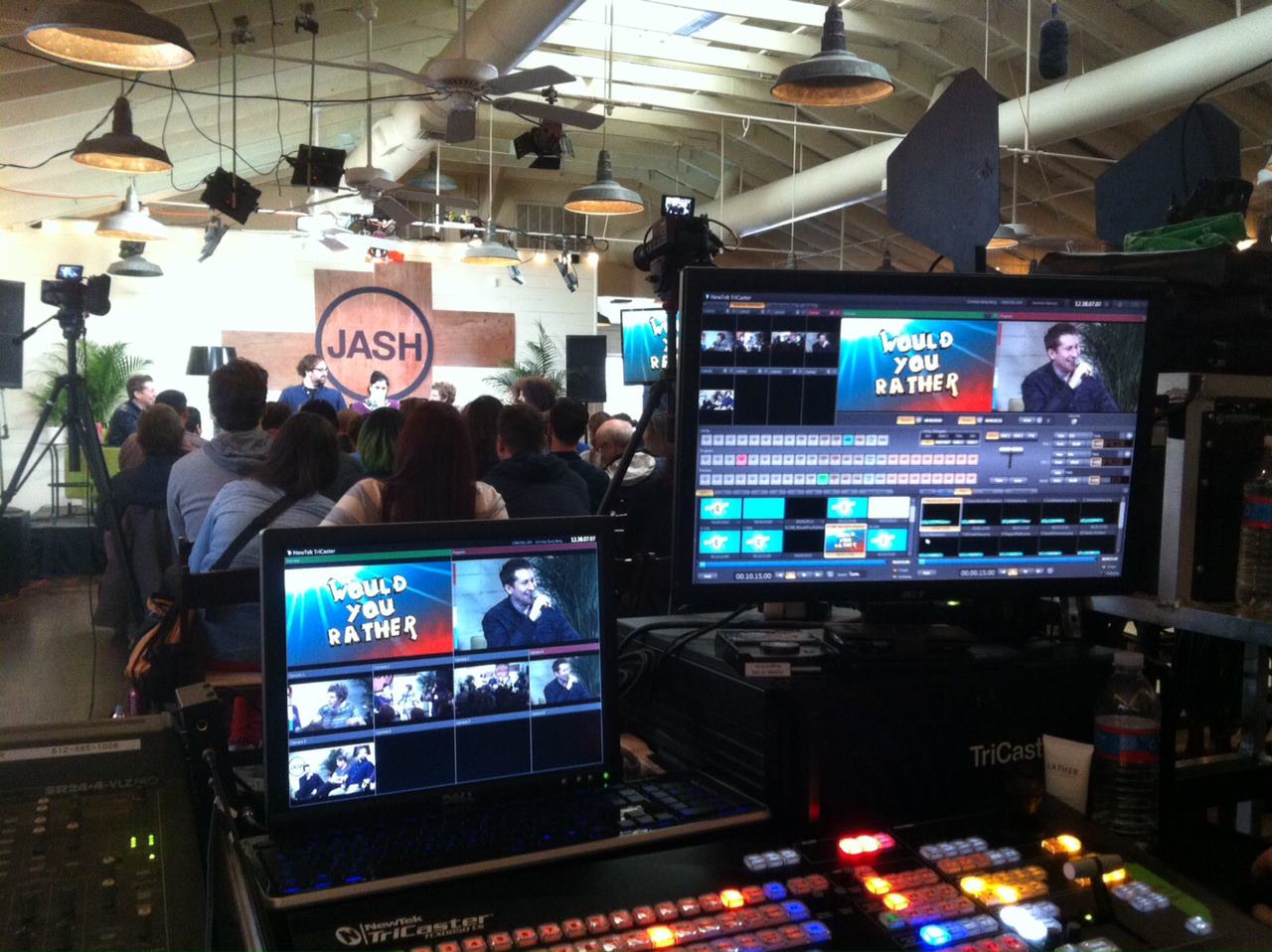